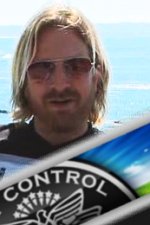 The Internet Marketing Arena was held hostage by Frank Kern, who was launching his latest product,

‘LISTCONTROL’ is a one month interactive video training program for people who want to start an online business.

The course has a strong focus on email marketing and relationship building.

I made a quick teaser video about the launch.

Video produced by Mr. Blue Eyes.
Create your own video slide-show (↑) at animoto.com.

At the $1,997.00 price point it’s not an inexpensive program, but at first Frank Kern has a great reputation, secondly the buyer is protected with a rock-solid money back guarantee, and thirdly Frank addresses issues most beginners get stuck with in other courses, ebooks, and trainings.

In a live interview with video marketer and co-founder of Traffic Geyser (↑), Mike Koenigs, Frank said

Something his famous and legendary product Masscontrol (fall of 2008 and 2009) did not teach that directly. But Listcontrol wouldn’t be a course by Frank Kern if very advanced topics weren’t covered. And this starts with content syndication in module 1 which is something beginners don’t need to worry about, but advanced folks will love to implement right away.

Such a launch stirs up the pot and while Frank’s affiliates feed the frenzy, others condemn such product launches altogether. There are usually three groups of people. Wait, really it’s four.

It’s usually the non-buyers who loudly protest against that sort of product launches.

However, there are two critical facts to consider:
As usual with Frank — techniques get refined — this launch is different. I don’t have any accurate figures on the metrics, and I know Frank Kern would not talk about specifics before the refund period is over anyway.

… therefore, just a few comments from me as they came to my mind during the last couple of days.


Observations About The Listcontrol Product Launch

I am sure there is more.

This launch has been prepared extremely well with a couple of related (test) promotions and a survey of his email list members. What amazes me is how a previous seemingly unrelated campaign ties into this huge launch perfectly.

Looking at the Alexa rankings for example it becomes quite clear how powerful a product launch can be if executed well.

Let’s compare this launch to popular business, marketing blogs, which get a constant stream of traffic.

I picked the following blogs as comparison.

A product launch like this creates a big buzz in the market place which has a large residual effect. And by the way, you can build your email list while you are doing a launch.

Now before you argue, “It’s expensive to orchestrate such a big launch,” look at this example.

But those numbers are very small anyway.

Look at James Cameron’s movie Avatar (↑) for example. A huge movie release like this is a very good example for a product launch. Not much difference. You try to make as much money as quickly as possible (before pirates sell copies of your product for pennies.)

Do you think the movie would have grossed $2,667 million with a marketing budget of $15 million.

I don’t think so.

Now, what do you think?
Leave a comment below.

P.S.: Do you think you learned any lessons here?

Thanks John for finishing up what I have started to write.

That one was another fun ride. Frank's videos are so slick. I wish I could borrow his video guy for a day. Camtasia seems to look old nowadays.

Hey I just got that core influence presentation from your link. I was rather surprised, didn't know what to expect, but this is some serious presentation. Thanks.

Even though I am a Jeff Walker trained Product Launch Manager, I have to admit Frank is a king of launches...

When you “study” Frank you quickly realize that he soaks up from the best marketers like Dan Kennedy, John Carlton, Gary Halbert — all classic, “old school” — he then shakes it up and down, adds some new fancy stuff, and runs with it like nobody else.

There is only one (or probably two things) Frank is not about … That is SEO, and making money slowly …

Anything else? You tell me.